Aldi has been around since 1961 (in Germany) and 1976 when founders (the Albrecht family) opened a small grocery store in Iowa selling low-priced goods for everyone.

Today, Aldi operates more than 2,000 stores across North America that offer over 1,400 items — everything from snack foods to groceries and electronics – all priced reasonably. The company’s success lies in its dedication to providing value without sacrificing quality or selection.

While many consumers have embraced this philosophy, others have criticized Aldi for cutting corners by forcing customers to buy bags (or use the boxes from the shelves) and even “rent” a shopping cart (you put in a quarter and get the quarter back when you return the cart).

But what exactly does it mean to shop “value” at Aldi? Is it even possible to compare the price points between your local supermarket versus one operated by a discount retailer? How do you know whether you’re getting a deal? And how can you maximize savings while maintaining quality?

By shopping at Aldi you can expect to save approximately 10% on your food bill over buying the same size generic items at Walmart. If you typically shop at a more expensive grocery store then shopping at Aldi will save you even more! 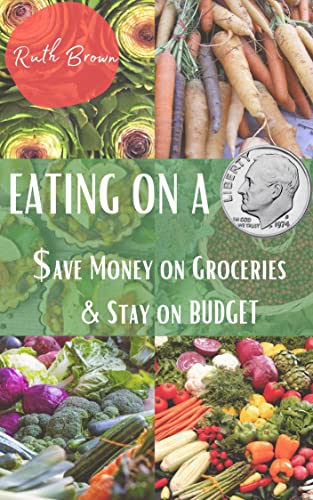 What Are Some Other Things People Like About Aldi’s Products?

Experts agree that most shoppers will be pleased with their experience at Aldi because the chain offers a wide variety of affordable options, including fresh produce, meat, dairy, household cleaning supplies and pantry staples.

For example, according to Michael McNulty, the chain boasts a number of healthful offerings such as whole grains, nuts and seeds, fish and seafood, organic fruits and veggies, lean protein sources (chicken breast, beef), eggs and yogurt. He says he also likes that Aldi carries basically anything that you might want (healthy or not).

In addition, Aldi’s commitment to sourcing ingredients locally means that you’ll likely be supporting farmers and producers directly rather than contributing to mass production on factory farms.

Dawn Mitchell, agrees that Aldi carries healthy snacks, treats, meats, cheeses, condiments and beverages. She notes that the company makes sure each ingredient meets specific guidelines so that customers don’t need to worry about the food being filled with cheap additives.

She adds that the company often provides healthier alternatives to traditional favorites, such as baked chips instead of Doritos, and she appreciates the fact that Aldi has so many healthy choices (they even have many Keto options if you are on that diet).

“I love [the] frozen entrees and meals,” she says. “They taste just as delicious as regular brands, but I actually feel better knowing they contain no trans fats.”

However, not everyone may share her opinion. Some critics argue that Aldi’s best deals come from buying non perishable canned and boxed items, whereas those looking for fresh produce should head elsewhere.

According to John Schmudek, he believes Aldi is great for stocking up on basic essentials, but he cautions against relying too heavily on the retailer.

He suggests planning ahead with weekly menus so you aren’t tempted to impulse buy certain items that could end up taking up valuable space in your fridge. Also, try reaching out to friends and family members to see if anyone would be interested in splitting bulk purchases with you. You might even consider joining a membership program where you receive discounts based on volume purchased.

Additionally, he warns shoppers to avoid falling into the trap of comparing every single product sold at Aldi to something available at another retail outlet — especially with regard to pricing. This tactic only leads to disappointment once you realize the cost difference isn’t significant enough to justify making the extra trip to pick up additional items.

As I mentioned earlier you can expect to save about 10% over generics at Walmart (so maybe 15% vs generic products at other stores) but if the closest Aldi is an hour’s drive away then it likely won’t be worth it for you. 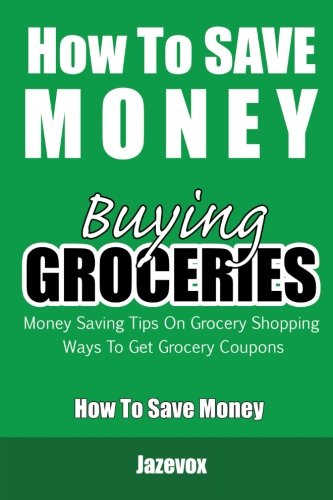 The Pros And Cons Of Using Aldi

It seems that many people are happy with their choice of purchasing groceries at Aldi. However, some contend that the budget friendly option comes with several drawbacks.

One downside is the lack of customer service. While the average shopper at a typical big box retailer receives anywhere from five to seven follow-up calls after returning an unsatisfactory purchase, the same courtesy isn’t extended to Aldi customers. Instead, they must rely on social media platforms, email and phone numbers posted within the store itself.

Although some critics prefer going to the grocery section at Target or Walmart instead of the aisle at Aldi, Dawn Mitchell contends that the chain offers a unique way for busy families to shop due to its limited hours and minimal crowds. If you live near a location, she recommends giving it a shot.

If you live in a larger metropolitan area, however, you might benefit from scheduling your errands during off-peak times, such as early mornings or late nights. According to Schmudek, this strategy works well for students who tend to go through food faster than the rest of us.

However, most of the time your local Aldi won’t be open as late or as early as you might need (most Aldis are open from 9am to 9pm) so if you want to shop outside those hours you will likely need to head to your local Walmart or Target instead. 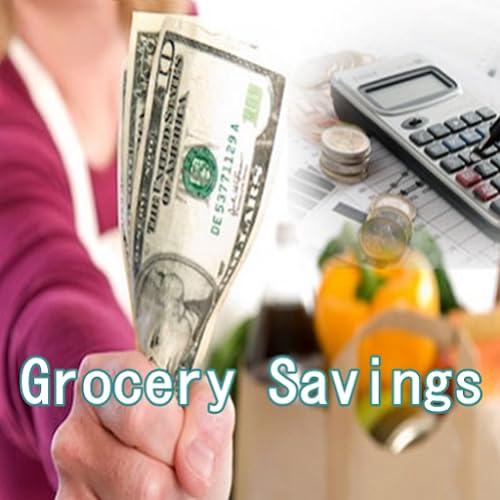 How Much Can You Really Save At Aldi?

Some claim that a person can cut their monthly expenses by hundreds of dollars simply by switching to Aldi. But is that true? Does Aldi really deliver on its promise of saving money at the checkout line? Experts disagree.

John Schmudek explains that although you’ll definitely save money compared to major retailers, the gap narrows considerably when considering the entire spending cycle. For instance, if you always buy things that you don’t actually need at Aldi whereas you wouldn’t at a different store then despite it being “cheaper” for each item your total food bill might be higher.

Michael McNulty concurs, noting that most people won’t notice a dramatic change in their food bill unless they are careful to only buy what they need from Aldi. And when it comes to grocery bills, he says it takes quite a bit of discipline to stick to a strict diet, particularly when eating out frequently becomes part of daily life.

Rather than focusing solely on lower costs at the register, McNulty encourages clients to adopt smart habits throughout their day that promote weight loss and improve nutritional choices.

It’s also important to note that since most Aldis don’t offer grocery pickup (although some are starting to) then you can’t avoid going into the store. This means you also can’t avoid the temptation to pick up that extra package of chips or cookies that looks oh so good and is only a few dollars.

Whereas if you were using grocery pickup at a place like Walmart, that temptation wouldn’t be there.

So, why bother trying to save money at Aldi if it ultimately ends up costing more at the end of the month anyway? It is important that the long-term goal shouldn’t always be to minimize spending. If you only eat junk food because it is cheaper and your health suffers then that isn’t a good option either. 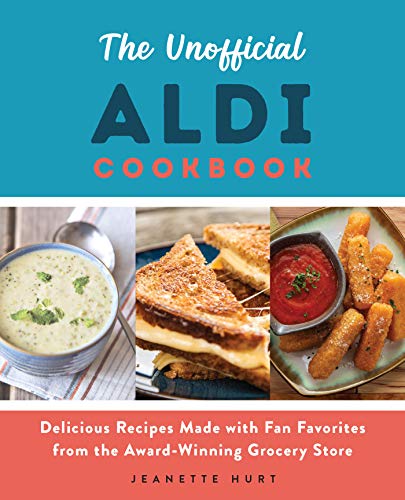 Critics say that despite Aldi’s reputation for offering bargain prices, the company skims pennies off the top of most items, compromising quality. Others believe that the bottom line is never the sole deciding factor behind selecting a particular product.

For example, if you’re concerned about gluten sensitivity or allergies, it’s worth checking labels carefully to ensure that manufacturers didn’t include potentially problematic additives in the final recipe.

On the other hand, experts say that for most people, choosing between two similar products is largely determined by personal preference. That said, if you happen to suffer from severe dietary restrictions, it’s recommended to consult a registered dietician before making any decisions regarding a specific product.

As far as quality goes, experts agree that Aldi generally delivers comparable results to national chains. It’s worth pointing out though that the company relies exclusively on third party distributors, meaning that it lacks control over ingredient sourcing and packaging procedures. As a result, it’s easy to assume that items stocked on the shelf came straight from factories, but that couldn’t be further from the truth.

Nevertheless, the majority of loyal fans insist that regardless of who manufactures the actual product, they still enjoy the convenience of picking up everyday necessities right next door, having done their research beforehand to determine which products meet their needs. 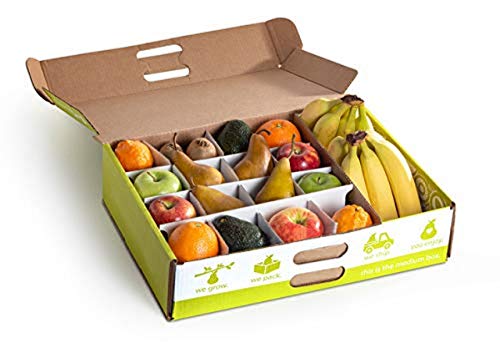 Are Aldi’s Fruit And Vegetables Cheaper?

Many Aldi patrons swear by the company’s ability to slash food bill costs while simultaneously improving the nutritional profile of their diets. Critics counter, however, that Aldi’s produce selection is sorely lacking when compared to other mainstream grocers. They point to the fact that unlike Whole Foods Market or Trader Joe’s, the company doesn’t stock seasonal fruits and vegetables year round.

Therefore, the availability of fresh produce depends entirely upon what they choose to carry. Additionally, the lack of a dedicated vegetable section forces shoppers to navigate past rows upon rows of processed delights and trendy novelty candies in search of leafy greens.

And if you give in to that temptation then was saving a few dollars by shopping there really worth it?

link to Lower Back Pain After Car Accident Compensation

Continue Reading
link to Dimensional Funds Vs. Vanguard- Which One Is The Best?